Tucker Carlson Net Worth: Tucker Swanson McNear Carlson is an American conservative political commentator for Fox News. Carlson is also co-founder and former editor-in-chief of The Daily Caller website and formerly hosted MSNBC’s Tucker and co-hosted CNN’s Crossfire. He has a net worth of $40 million dollars.

Check out the below article to know the complete information regarding Tucker Carlson Networth, His Salary Per Day, Per Month, Per Year, Earnings, House, Cars, Biography, and his other Investments details. Also check, how much does Chelsea Clinton and Sean Spicer make a year. 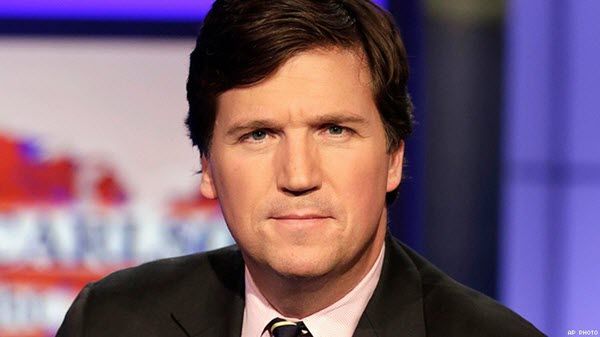 How Much is Tucker Carlson Worth:

Tucker Carlson is a political commentator and TV personality who has a net worth of $40 million. Tucker has earned his net worth mostly through his work as a television pundit, but he is also a published author and columnist.

In 2017, Carlson signed a two-book deal worth up to $10 million with publisher Simon & Shuster. He released the first book in the series, Ship of Fools: How a Selfish Ruling Class is Bringing America to the Brink of Revolution, in October 2018, debuting at No. 1 on The New York Times Best Seller list

He partnered up with political pundit Neil Patel in 2010 to start The Daily Caller, a right-wing news and opinion website based in Washington, D.C. The Daily Caller audience quickly exploded and became profitable by 2012 and outranking several rival websites by 2013. In June of 2020, Tucker sold his ownership stake back to Patel for an undisclosed amount of money.

Additionally, Tucker has performed speaking engagements such as fundraisers, where he can collect up to $100,000 for one appearance. 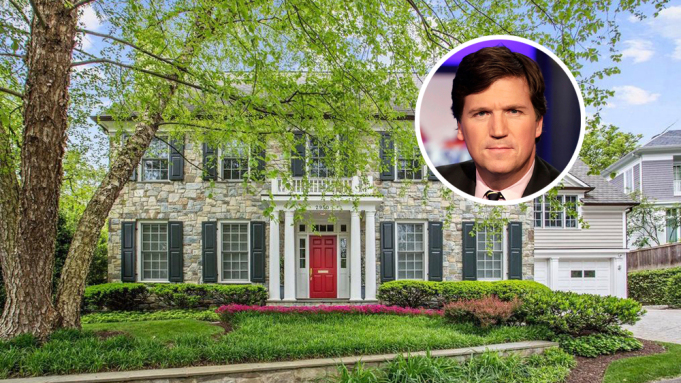 Tax records show that he purchased a home in Florida’s upscale neighborhood of Gasparilla Island for $2.9 million earlier in 2020. A 3,000-square-foot hideaway designed by famous architect Ralph Twitchell.

Tucker Swanson McNear Carlson was born on 16 May 1969, in San Francisco, California USA, and is known for being a political correspondent and personality on television, as well as a journalist. He’s hosted several shows on CNN, MSNBC, and Fox News

Carlson started his journalism career after graduating from Trinity College in Hartford, Connecticut with a BA in history. He became a member of the editorial staff for the national conservative journal entitled Policy Review, and later found opportunities working as a reporter for the Arkansas Democrat-Gazette and The Weekly Standard.

He co-hosted the show “Crossfire”, and was representing the political right. He was also given another opportunity at PBS, hosting the show entitled “Tucker Carlson: Unfiltered”.

One of the most significant episodes of “Crossfire” was a heated debate between Tucker Carlson and Jon Stewart in 2004, which spurred many rumors, and was even remarked as one of the reasons the show was canceled. This was all denied by Tucker, however, stating that the strain in the relationship between him and CNN was already in place even before the debate.

He soon found work with MSNBC with a show called “Tucker”. Around this time he also did a wrap-up of the 2006 Winter Olympics for the network and went to Lebanon in coverage of the 2006 Lebanon War.

“Tucker” was eventually canceled due to low ratings, but he would then find work in 2009 with Fox News, being a contributor for both news and political shows, such as “Red Eye w/ Greg Gutfeld”, “Special Report with Bret Baier”, and he’s also a co-host for “Fox and Friends”. His net worth continued to grow.

Tucker is also a co-creator and editor-in-chief for a political news website called The Daily Caller. Numerous journalists and personalities from different news stations and networks contribute to the site. The website aims to bring different perspectives and breaking stories and is not necessarily tied to an ideology, according to Carlson.

He was also a participant in the fall 2006 edition of “Dancing with the Stars”. He mentioned in an interview that he took the competition seriously and even took ballroom dancing lessons consistently to learn. He has eventually voted off the competition during the September 13th episode.

Tucker also has an autobiography that he authored in 2003. It has the title “Politicians, Partisans, and Parasites: My Adventures in Cable News”, and details the unusual experiences in his job as well as humor concerning political figures.

Even with all the popularity and controversy, Tucker retains a somewhat private personal life. He is married to childhood sweetheart Susan Andrews and they have four children. They renovated a farmhouse in Alexandria where they currently reside.

Hope you like this Tucker Carlson Networth article. If you like this, then please share it with your friends… This above post is all about the estimated earnings of Tucker Carlson. Do you have any queries, then feel free to ask via comment section.