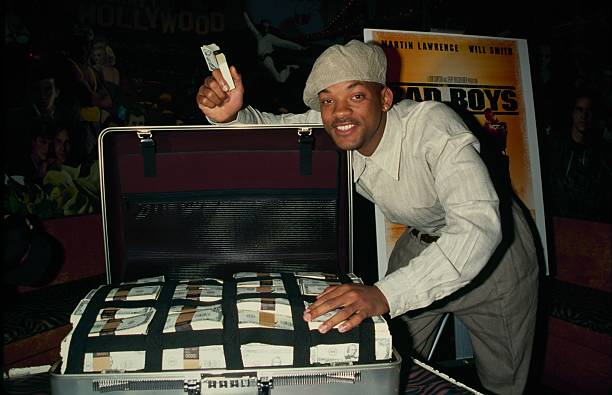 (Photo by The LIFE Picture Collection via Getty Images)

We have a fascination with actors. Many people picture actors as living a dream lifestyle. However, the reality is often much different. In fact, some actors who earn tens of millions per movie have a relatively small net worth. For example, Lindsay Lohan is reported as having a net worth of only $500,000 while Randy Quaid is reportedly $1 million in debt. Many actors take home 40-50% of their reported salaries. How is this possible? Let’s investigate more into actor’s incomes.

While some actors command impressive rates for their films, the majority make the agreed-upon union rates specified by the Screen Actors Guild (SAG). The SAG actor’s pay rate varies with experience but currently starts at $335 per day with a weekly rate of $1166. In California, where much of production is headquartered, these rates do not translate to a high income due to the high cost of living.

Better known actors are able to negotiate higher daily rates or a larger fixed rate per project. The fixed-rate is known in the industry as the base amount of zeroes needed to get above-the-line talent – shorthand for a film’s creatives – to show up on set. For example, Robert Downey Jr. made $75 million for Avengers Endgame. Well-known actors may also negotiate for perks such as assistants, hotel accommodations, private jet transportation, and other aspects of convenience).

In terms of payment timelines, some actors are paid upfront while others are paid upon project completion. Actors who have large contracts typically earn a specific percentage upfront with the rest paid when production wraps. Additionally, many actors who negotiate for higher fees are paid not for acting as much as for the use of licensing their likeness with them paid some upfront and then given a cut of the licensing profits. Other actors are paid scale, a term that refers to earning based on how the film performs. For example, Sandra Bullock earned $20 million-plus 15% of studio gross on Gravity, leading to a payday of over $70 million.

The actor’s pay also sometimes includes residuals, which are coordinated by the union. These entail earnings from the performance of a movie on DVD sales and airings on television. Residual amounts are calculated based upon many factors including the length of production, the actor’s contract, the medium, and the time since release. Residuals typically drop dramatically over time. In fact, there is a bar in Studio City known for trading a free drink for a residual check of less than $1.

Actor’s salaries are paid either by major studios or directly from producers who raise funds from investors. In some cases, actors forfeit pay in lieu of a percentage of profits. This most famously happened in Twins where Arnold Schwarzenegger and Danny DeVito took no salary. This gamble ultimately paid off as the film grossed $216 million, with Schwarzenegger revealing that his payday was more than he made on any other film in his career. This type of payment is known as gross points.

Finally, the rise of streaming services such as Netflix and Hulu has started to change the game. Netflix spends over $12 billion per year on films with much of that going to actor’s salaries. They pay actors much more than traditional studios since there are no residuals. Thus, an actor’s pay is the same regardless of the film’s performance. However, Netflix has announced plans to determine bonuses for high-performing films.

How are TV actors paid

However, there are some other types of payment arrangements that can apply. For example, costars – the minor characters without story arcs – are usually paid scale ($1,005) plus 10 percent per day; although there is room for agent negotiation.

Additionally, guest stars typically receive pay for each appearance, something called “top of show.” This is the most a show will pay for a guest actor. A one-hour drama currently pays approximately $8,600 for eight days of work while half-hour comedies pay $5,400 for five days.

The highest-paid TV actors can earn as much as movie actors, but typically have to engage in much more work. Additionally, TV actor’s pay for TV stars is typically steadier since TV series typically last many seasons while few movies have sequels. There is also a lot more work on TV than there are movies.

What are an Actor’s Regular Expenses

We mentioned that actors often only take home 40-50% of their gross pay. So where does that money go? Let’s look at a breakdown of the actor’s expenses.

Taxes: The IRS will typically get 35% off the top. There are also state taxes to consider with some actors paying in both the state they are employed and the state they live in.
Managers: Critical for getting actors booked; thus, it is no surprise they earn 15-20% of their clients’ gross pay.
Agents: Represent the next most significant actor’s expense, earning between 5 – 10%. This includes people like lawyers and accountants as well.
Publicist: is also a vital person, serving to help create their PR image and to be a medium between the actor and the press. They typically earn 5% of an actor’s gross.
On top of this, there are a number of other costs including assistants ($200/day), drivers ($350/day), security ($500-1,500/day), and union dues ($222 plus 1.6% of earnings up to $500,000).

Fortunately, there are things that actors typically don’t have to pay for. Extensive travel schedules and basic accommodations for shooting are generally covered as are aspects of acting such as hair, make-up, and wardrobe, although there are exceptions.

The major takeaway from the structure of actors’ pay is that reported salaries are much different from actual take-home income. Taxes, managers, agents, publicists, and other requisite staff can take up to 60% of an actor’s arranged payment. While it is not publicly known how much take-home income Robert Downey Jr. earned from his $75 million Avengers Endgame contract, the reality is that it could have been reduced to as little as $30 million. With few actors earning that much, it illustrates why even major actors can have periods where they struggle or can have multiple revenue streams.