Eddie Murphy Net Worth: Edward Regan Murphy is an American comedian, actor, writer, singer, and producer. Murphy was a regular cast member on Saturday Night Live from 1980 to 1984. He has worked as a stand-up comedian and was ranked #10 on Comedy Central’s list of the 100 Greatest Stand-ups of All Time. He has a net worth of $85 million. Eddie Murphy is one of the highest grossing actors in film history. As of this writing, his movies have grossed nearly $6.7 billion at the worldwide box office.

Check out the below article to know the complete information regarding Eddie Murphy Networth, His Salary Per Movie, Earnings, Houses, Cars, Biography and his other Investments details. Also Check, What is the Net Worth of Sylvester Stallone and Matt Damon 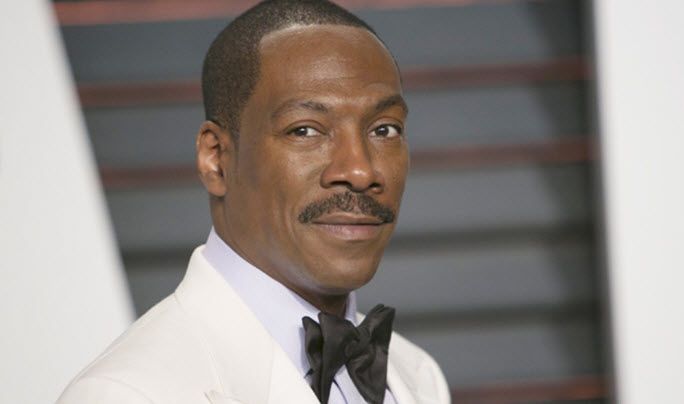 How much is Eddie Murphy Worth?

Eddie Murphy is an American actor, comedian, producer, and director who has a net worth of $85 million. Many users ask us, What is Eddie Murphy Net Worth? for the sake of those users, we are providing the up to date estimated earnings on this page.

Hailing from New York, Eddie has owned multiple condos in Manhattan as well as mansions in the New York / Jersey suburbs. He’s also owned a couple places in California. But since 2005, Eddie Murphy lives in Beverly Hills, California in an exclusive community high in the hills and set behind multiple gates and security checkpoints.

It was in 2005 that Murphy built an extravagant mansion in Hollywood Hills next to several Hollywood superstars for a reported $20 Million. It is rumored that the house rounded up a property tax bill of $250,000 in 2011 alone!

The 18,598 square foot home has 10 bedrooms, 17 bathrooms, a pool fit for a 5-star resort, and a bowling alley! Yes, a freaking bowling alley. Guess that’s required when you have so many kids to entertain! Eddie bought the property for $10 Million before the $20 million overhaul.

Murphy was born and raised in Brooklyn and began writing stand-up routines, heavily influenced by Bill Cosby and Richard Pryor, while he was still a teenager. His career began with stand-up comedy, then in 1980, he joined the cast of Saturday Night Live. He remained there until 1984, eventually becoming one of the only cast members ever to also host the show. In 1982, while still on SNL, Eddie made his big-screen debut in 48 Hrs. He followed up with Trading Places, the Beverly Hills Cop films, Coming to America, Harlem Nights, and Another 48 Hrs.

Murphy’s box-office draw dropped slightly in the 1990s but was revived with a series of family-friendly movies, notably Mulan, Shrek, and the Nutty Professor movies. In 2006, Murphy was nominated for an Academy Award and won a Golden Globe for his role in Dreamgirls. He has also produced a number of his own films, including Vampire in Brooklyn, Life, and Harlem Nights, which he also directed. Murphy married longtime girlfriend Nicole Mitchell in 1993, but the two divorced in 2006.

Eddie reportedly paid Nicole a $15 million divorce settlement. It was recently announced that Murphy will be returning to the Beverly Hills Cop films, this time starring in Beverly Hills Cop 4, scheduled to be released in 2016.

Hope you like this Eddie Murphy Networth article. If you like this, then please share it with your friends… This above post is all about the estimated earnings of Eddie Murphy. Do you have any queries, then feel free to ask via comment section.