Bayern Munich: FC Bayern München is a German sports club based in Munich, Bavaria (Bayern). It is best known for its professional football team, which plays in the Bundesliga, the top tier of the German football league system, and is the most successful club in German football history, having won a record 28 national titles and 18 national cups. FC Bayern is ranked second in the current UEFA club rankings and second in IFFHS’s latest IFFHS Club World Ranking. Check out the Bayern Munich Team Players Salaries, Weekly Wages and Contracts details from the below. Also Check FC Barcelona and Real Madrid Players Salaries 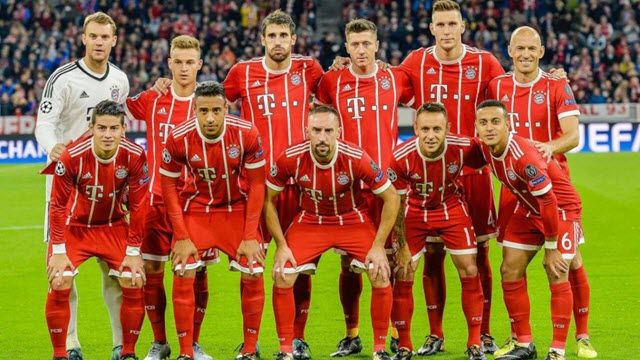 Bayern Munich acquired the services of James Rodriguez on loan for two seasons in 2017 from Real Madrid. Rodriguez has been a huge success at Bayern and he could become a permanent signing after his loan spell.

Four Things You Need To Know About Bayern Munich: