Angus T. Jones is an American actor. He became popular for playing Jake Harper in the CBS sitcom Two and a Half Men. Angus appeared on the show from 2003-2013 and in 2015. In total, he appeared in 213 episodes. Angus was the highest-paid child star on television for many years. The estimated net worth of Angus T. Jones is $15 million.

Check out the below article to know the complete information regarding Angus T. Jones Networth, Salary Per Movie, Career Earnings, and her other Investments details. Also Check, What is the net worth of Luke Wilson and Johnny Depp. 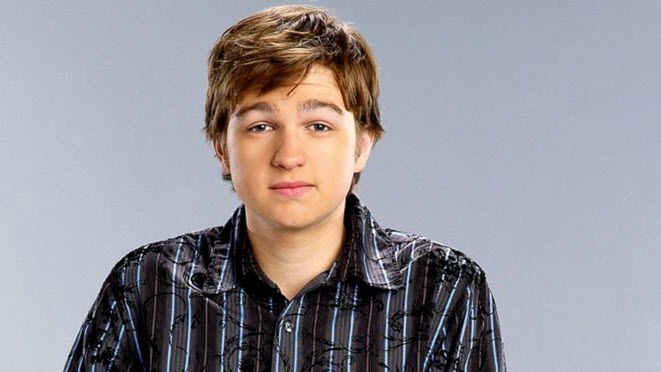 Angus T. Jones started his career in the late 90s, appearing in multiple television commercials before starting kindergarten. He also appeared in a number of Hollywood features, such as “Simpatico”, “See Spot Run”, “ER”, ” Dinner with Friends”, “The Rookie”, “Bringing Down the House”, and “George of the Jungle 2”.

In 2003, he featured in the role, as Jake Harper in the series, “Two and a Half Men”. He became the highest-paid child star on television for many years. He also appeared in the television movie, “The Christmas Blessing” and a cameo appearance in “Hannah Montana Forever”. In addition to his acting career, he is also a trained singer.

At the peak of his career on Two and a Half Men, Angus earned a whopping $350,000 per episode, making him the highest-paid child-actor in Hollywood. He earned approximately $9-10 million per year when syndication points are taken into account.

Angus Turner Jones was born on October 8, 1993, in Austin, Texas, the United States. His parents are Carey Lynn Claypool and Kelly Charles Jones. Jones raised with his younger brother, Otto Jones in his hometown Austin. He enrolled in the University of Colorado Boulder for graduation. During his first year, his major was environmental studies. But he switched his major to Jewish studies at the end of his freshman year.

Angus T. Jones started his acting career at the age of four appearing in television commercials. He made on-screen debut with the 1999 film “Simpatico.” along with Nick Nolte and Sharon Stone.

Two years later he appeared in the comedy film “See Spot Run”, in which his co-stars were David Arquette, Anthony Anderson, and Paul Sorvino. Then, he acted in “Dinner with Friends”, and the medical drama series “ER”. He also starred in the comedy film “Bringing Down the House” with Steve Martin and Queen Latifah,  and the film “George of the Jungle 2” with Julie Benz and Thomas Haden Church.

In 2003, Angus was cast in the hit television sitcom ‘Two and a Half Men.’ When he was 9 years old, he acted alongside Charlie Sheen, Jon Cryer, Melanie Lynskey, Jennifer Taylor, and Marin Hinkle in the series. In total, he appeared in 213 episodes.

The show became a super hit and aired for 12 seasons until early 2015. The average viewership for the premieres and finales was over 10 million viewers. In 2016, Jones became a business partner with Justin Combs and Kene Orjioke in the multimedia and event production company, Tonite.

Angus T. Jones has been dating his longtime girlfriend, Stalker Sarah since 2012. It’s been more than six years that Jones and his girlfriend, Sarah are dating each other without any breakup rumors and news.

Hope you like this Angus T. Jones Networth article. If you like this, then please share it with your friends… This above post is all about the estimated earnings of Angus T. Jones. Do you have any queries, then feel free to ask via the comment section.